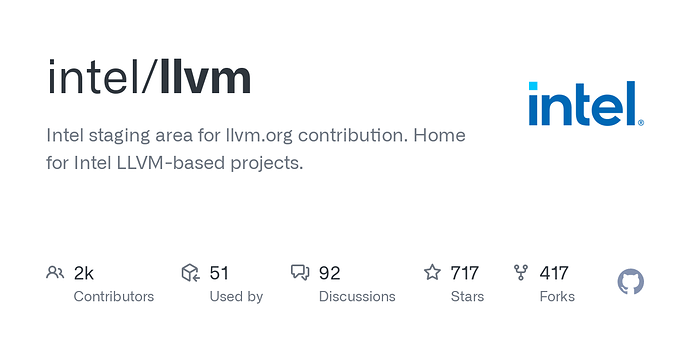 Running into this error while using the latest version of compiler with hip backend:
/opt/compiler/llvm/clang/test/Driver/Inputs/debian_per_target_tree/usr/lib/llvm-14/lib/clang/14.0.0/lib/x86_64-linux-gnu/libclang_rt.builtins.a: file not recognized: File truncated

We need libclang_rt.builtins.a file from the compiler to build a library.
While that file was present in the compiler but it is empty and didn’t get created.

Have you tried creating an issue on their Github project?

Integration problems like that are common when other projects build on top of LLVM and may miss changes upstream. It seems that fork is using a 10-day old clang, which is really recent, and they might have just missed that problem.

we raised an issue here. But we are unable to resolve it. As per received suggestions in the thread, we decided to raise here.