There are a lot of frontends sitting on top of LLVM that have to
understand the ABI of their targets. They either independently develop
the code, partially copy it from Clang, try to follow the standards,
i.e, AAPCS and psABI, or try a mix of the options. IIRC, there were
even cases of inconsistencies between C-like compilers.

What are the subtle differences of AArch64 on Linux, Darwin, and
Windows and ARM64EC? Does ARM32 change the differences?

Does your toy language support bitfields?

Are you an expert for the differences between ARM and RISC-V scalable vectors?

We could a new library to llvm/frontend, e.g., targetinfo with its own
type system. It already contains libraries for OpenMP and
OpenACC that are shared between Flang, Clang, and future MLIR-Clang.

It would be beneficial for at least MLIR-Clang, Flang, Rust, Swift, my
new toy language, and out-of-tree targets.

Wrong cast of u16 to usize on aarch64

Add comdat to globals when translating to LLVM IR on Windows

The hard part of C ABI is lowering calls. You need to come up with some sort of common representation for all the different aspects C type system/struct declarations/etc. that are relevant to the calling convention, then provide some sort of lowering. That is a lot of work, and nobody has stepped up to do it.

A common library just to compute the size of C integer/float types isn’t really that useful. I mean, it’s a bit of a pain to replicate clang’s TargetInfo.h if you want to try to support every single target that clang supports, but in practice nobody has considered it a significant obstacle, as far as I know.

The integers are more like a teaser. For the moment the main user will maybe Flang. The development would be lazy and focussed on prominent targets.

If you look at Rust issue, there was a bug of how to fit an u16 into an usize parameter. They had to inspect assembler to find the root cause. The bug was from 2016. signed, zero, or non extension?. The solution is probably in a IRBuilder call in Clang.

Then the expansion from u16 to usize is in a C++ data structure instead of an IRBuilder method invocation.

I think it would make sense to review a complete RFC with ABI lowering abstraction design unified over multiple platforms, etc. Not just simple “teaser” wrapper over bunch of integers. The latter do matter, certainly, however, they are maybe 0.5% of all the complexities of ABI-aware call lowering.

I don’t mean to dissuade you from doing this work–after all, getting a proper C ABI layer into LLVM is one of the longest-standing major feature request–but I have to echo previous concerns here: this probably isn’t worth tackling until you have tackled lowering call support. The main reason for this is the API you’ve focused on in your initial post focuses on size/alignment of types, and given that you’ll probably need to have some representation of said types for generating function calls correctly, it probably makes sense to make size/alignment queries be with respect to those representations rather than as you have indicated in your API.

(A side comment is that many custom languages that use LLVM as a backend are likely to prefer to access it via the LLVM-C API, which suggests that whatever final API you come up with should be amenable to exposure via LLVM-C rather than relying heavily on C++ features.)

We basically agree. I showed a getCall method above. It will maybe help you to get details to lower a function invocation.

E.g. the Rust compiler uses the LLVM-C API. Based on need, there will be a C-API to query the TargetInfo library/database.

TargetInfo will need its own type system with builtins, pointers, enums, unions, bitfields, structs, functions, …
You need the type system to describe the function signature and the types of the argument list for getCall. You can query the size and alignment of types to not pollute the API of the TargetInfo library.

I agree this would be very helpful for frontends! But as others have already said, this is not trivial with call lowering (including function signatures) being the hardest part.

With the frontend I’m working on, I’ve found:

Basically, a frontend will need to do these things given a particular signature:

For example, for a call that would mean packing the arguments to the function (with bitshifts, allocas, or whatever), doing the call itself, and then extracting the return value from this call. For example, it would need to convert the i64 back into a {i32, i32} struct in the example above.
I’m not sure what such an API would look like. Either it could directly give you a FunctionType and do things like build the entire call given an IRBuilder, or it could be decoupled from the IR and only give you some sort of high-level instructions how to convert a high-level type into a LLVM type and back. Or maybe some other way I haven’t thought about.

I updated the original RFC based on feedback.

I’m sorry, but I still do not see a proposal here. Maybe you’d take X86-64 psABI and use this to drive a design? And show the final result then?

I have been playing a bit with the API for a TargetInfo library: 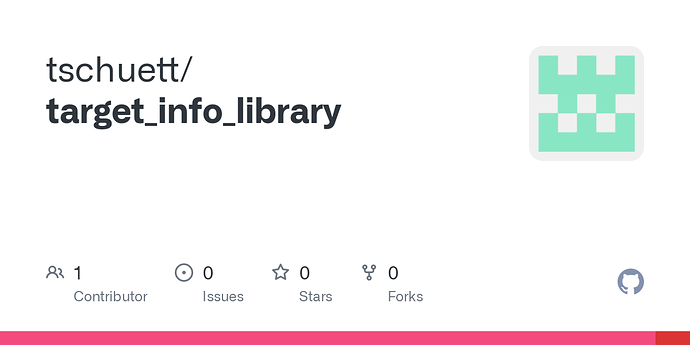 Contribute to tschuett/target_info_library development by creating an account on GitHub.

I ended up with Actions based on aapcs.

Can please you explain how the handling of different FP ABIs will look like? Soft vs SoftFP vs Hard? How the homogenous aggregates will be done?

I guess Soft vs Hard FP will be command line parameters passed to getTarget and then it is the targets job: